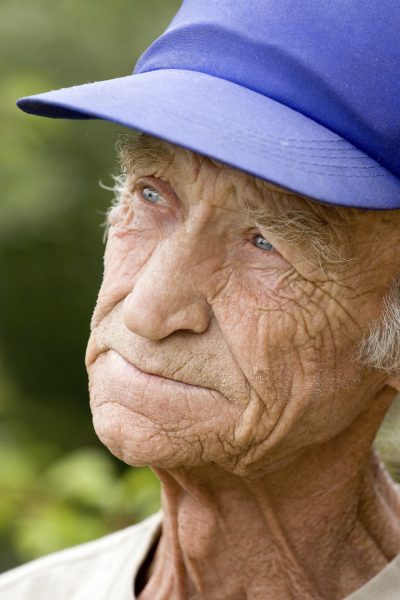 I do not know about you but I am getting pretty tired of the pro-assisted suicide lobby fronting their ideology with folks who are currently facing the reality of their own deaths. Dr Donald Low being the last one to be exploited during the unsettling and anxious time before his impending death. My heart ached, like everyone else’s to hear him voice the possibilities he might face. We heard these same fears raised by Sue Rodrigues do so 20 years before. Why has nothing changed? Why wasn’t Sue and currently Dr Low reassured by medical professionals, that almost all pain will be handled, that there are methods to assist with breathing and swallowing problems in the terminally ill and dying and they will not be alone as they walk this last part of their life’s journey. Why 20 years later do we still have people, already traumatised by facing imminent death, believing that “dying with dignity” is only found in assisted suicide?

Following Dr Low’s poignant video – the ghouls came out. How quickly they use our fear of death, disability and suffering to drive their point home. Even MP Steven Fletcher, apparently because he is a wheelchair, is now an authority on assisted suicide! Assisted suicide is only “emotional” if you manipulate the message and assisted suicide proponents and our media have done a great job of that, you only have to look at the polls on TV, radio and in the newspapers. Canadians are literally scared to death of death and the suffering it may include, so much so that the really vulnerable, the elderly, the chronic and terminally ill, the disabled and the dying are going to be the first to be sacrificed to assisted suicide.

Dr Low said that Canada needs to mature to a level at which we accept dying with dignity, meaning accept assisted suicide. If that is maturity I want to be immature. If maturity means doctors helping patients commit suicide; if it means offering suicide as medical treatment; if it means we look at the vulnerable as disposable and we just don’t care – then I am out. I recently received a Suicide Prevention Resource Toolkit entitled “Suicide Prevention Primer – Myths and Facts” It said that the overwhelming number of suicides in Canada are men, the number of male suicides in the 20-39 age range being only 9 short of the total number for all women.The highest number of suicides occurred in men 40-60 and suicide counted for 24% of all deaths in the 15-24yr age range of boys and men. Men commit suicide at 3 times the rate that women do. I have listened to many proponents of assisted suicide and they have said that the majority of those asking for assisted suicide are male.

Surely, we need to look at these requests for assisted suicide, to ensure that this is not a further playing out of a very real problem of suicide and suicide ideation in men. It is illogical for a country to have a newly formed National Suicide Prevention Network and at the same have advocates driving the legalization of assisted suicide. Why don’t the rules apply to everyone, or is it just those who are particularly vulnerable we think should commit suicide? How will this discussion play out in the mind of any person contemplating suicide, surely they would consider their reason as legitimate as the person who will be helped by the doctor to kill themselves. We may even end up like Holland, that bulemia, or loss of a loved one is a good enough reason to have your life ended on request.

There are those who deny the “slippery slope” and I would concur, Canada has already hit rock bottom, we slid down that slope long ago. We kill by abortion for any or no reason. We kill late term babies just because they are disabled  and over 90% of Down Syndrome babies are aborted because they are who they are- you cannot get much lower than that except by allowing assisted suicide. Let’s not worry though because it will all be hidden from view and the “nice doctor” will take care of it lulling us into the feeling that somehow it is noble!

It is a stark contrast in reality and strangely ironic that at a time when Germany is planning a 2014 opening of a proposed memorial to commemorate victims of the T4 (Tiergarten Strasse4) Nazi euthanasia programme which was responsible for the murder of 270,000 Germans living with disabilities, that our country would be having these callous discussions.  The Nazi’s used buses labeled as coffee vendor to remove victims from hospitals and mental health institutions and take them to the gas chambers, sometimes poisoning them or injecting them in the van itself. The Nazi’s fooled the German people by pretending that what they were doing was actually trying to help people. Assisted suicide is assisted killing – we can call it what we like it does not change what it is. Let us not be fooled.

I entitled this piece Assisted Suicide – The Great Canadian Cull because that is how I see it. We are a society that is scared of death, hates suffering, does not want to look at disability is me oriented and whose health care system is floundering economically. Add to that the fact that any child in the womb presenting with a genetic anomaly or physical disability is routinely aborted, why would we stop the medical killing there? Why not go after the vulnerable at both edges of life and offer killing as a medical solution there too.

As I write this a very good friend contacted me as he had touched base with a television presenter he knows and asked if he might be interviewed regarding Dr Low’s comments. He was told that his story was still the same “the victim” and that people have heard it before. Well actually, yes he is living with a disability and does feel frightened that he will be offered assisted suicide or someone will decide it would be best for him if we legalize this type of medical killing.

It made me think  that in the twenty years I have been dealing with those who advocate euthanasia and assisted suicide their message has not changed either but it does resonate with society. Me first, me next, anything left and I will have it! Nevermind that the elderly and those living with disabilities are in the cross hairs. Assisted suicide is such an easy fix for a strapped healthcare system. Dr Low said nothing that we have not heard before because in his video he gave voice to all our fears. These same and oft repeated fears are gobbled up by the media because they raise the ratings. It will not help ratings at all to have people on the TV who believe that a limited life is worthwhile living!  In an editiorial recently in the Hamilton Spectator it was noted that “Canada is so far behind in planning for the inevitable onslought of dementia that will impact baby boomers in the next three years.” In  a recent report on euthanasia in the Netherlands it mentions the concerns regarding offering euthanasia to folks living with dementia, a group which are now more and more targetted for this killing option. In figures for 2012 , 42 patients with dimentia were euthanised as well as 13 people with psychiatirc problems. It was noted that apparantly one dimentia patied had a “lucid moment” which stayed long enough for her to tell the doctor “yes, I want euthanasia”. Maybe assisted suicide will be our Dementia Strategy in Canada if we can find enough those “lucid moments”.

To close, I would like to quote a heroine of mine, Rita Marker. “Sticks and stones may break my bones but words can never hurt me” was a children’s rhyme that was very common not many years ago. It was totally wrong. The deep emotional pain inflicted by words can often hurt far more for much longer than the physical pain of a broken bone.

Today, as we debate over what has become known as “the right to die” is taking place another type of harm can result from words. That harm can be deadly.

Words that sound familiar.. like treatment, compassion, comfort care, [physician aid-in-dying] and terminal- now may mean something far different than they did only a few years ago. Those words, as they are currently used, may do more than hurt. They may kill.

Take , for example, the seemingly clear statement– “If I’m terminally ill, the only medical treatment I want is comfort care.” That statement could now be interpreted as a request for a deadly drug overdose by a person who has a life expectancy of months or even years..”

If we really wish to protect vulnerable Canadians we need to have a conversation which engages our heads and our hearts, our intellect and our feelings and the meaning of the words we use must be understood clearly by all. Instead of fuelling the fear and anxiety it might be helpful if the media were to present a more balanced approach to Canadians which will allow them to express their opinion based on fact not fantasy. Currently, a hysteria is being created among Canadians to convince them that assisted suicide is a good thing and they must fight for a so called “right”, a “right” which in the end will make them a victim of a callous and cold-hearted nation which will truly believe it is compassionate.