Plan B near useless and may increase pregnancy risk in women who are ovulating or have ovulated!!

Plan B near useless and may increase pregnancy risk in women who are ovulating or have ovulated!! 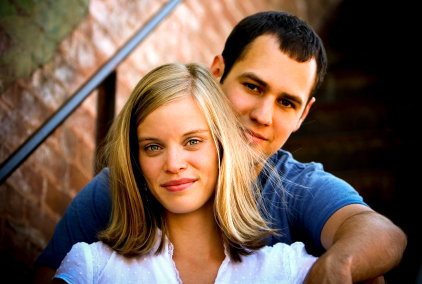 Seems to me that the proponents of Plan B as a contraceptive have a lot of explaining to do. Well go on we are listening! A great big shout out to Dr Chris Kahlenborn and his colleagues for providing women information to make a truly informed decison.

1) Would you say Plan B ever functions as a contraceptive (i.e., prevents sperm from fertilizing egg)?

Ideally, Plan B should be named emergency abortion/contraception instead of emergency contraception, because it has high potential of working as an abortifacient when given prior to ovulation.  We noted in our recent paper (Linacre Quarterly, February, 2015), that when given prior to ovulation, Plan B frequently allows ovulation to occur and has no major impact on sperm flow or quality, yet one does not see any evidence of clinical pregnancy.  If both sperm and an egg are present and one does not see evidence of clinical pregnancy, then abortion is the most likely mechanism of action.  In the minority of cases, when Plan B truly stops ovulation, it likely works via a contraceptive method.

2. Plan B is supposed to “work” if taken within 72 hours of unprotected sex. But your paper says if Plan B is taken on the day of ovulation or thereafter, it does not appear to impact a pregnancy. Thus, would you say Plan B is (useless) if taken during or after ovulation?

Yes, it appears to be useless or actually may increase a woman’s risk of getting pregnant when taken on or after the day of ovulation, according to the data presented by Dr. Noe in her 2010 and 2011 studies (Contraception).  Other leading researchers such as Dr. Trussell and Davidoff also raise this very real possibility: “it even raises the counter-intuitive but undocumented possibility that Plan B used after ovulation might actually prevent the loss of at least some of the 40% of fertilized ova that ordinarily fail spontaneously to implant or to survive after implantation.” (JAMA, October, 2006).   In practical terms this means that while Plan B likely often works by abortion if given prior to ovulation, it has either no efficacy or actually could have a pregnancy enhancing effect if given on the day of ovulation or after.

(In other words, the “72 hours” rule is misleading, since if a woman has sex on day of ovulation & conceives, that pregnancy will not be disturbed by taking Plan B any time within 72 hours; is that correct?). (This appears to be the case, yes).

3. Would you say Plan B also appears to be (useless) if taken by women whose BMI is 30 or higher?

It’s almost useless: Dr. Glasier noted in 2011 (Contraception) that women with BMI’s over 30 who take Plan B have a 400% higher failure rate than women of normal weight.

4. For these and other reasons, are you saying the efficacy of Plan B is inflated (the ACOG efficacy rate of 85 percent is unsupported? and the Noe study estimate of 68 percent could also be too high?)

According to the Noe paper, Plan B is almost 100% effective in stopping clinical pregnancy if given prior to ovulation and 0% effective when given on or after the day of ovulation.    This means that the efficacy of Plan B is likely determined by the parameters of the particular study.  If researchers place the majority of women in the preovulatory group, then efficacy will be high: conversely, if they place the majority of women in the postovulatory group, efficacy will be low.   We can see evidence of this phenomenon in the Noe study where 103 women were placed in the preovulatory group and 45 in the postovulatory group which corresponds almost exactly to their stated efficacy rate of 68% (ie, almost 103/148 or 69.6%).

5. What are implications for rape-crisis centers to hear that Plan B only works if the victim hasn’t ovulated yet?

The Noe study has huge implications for women who have been raped who are told that Plan B makes it harder to become pregnant.  The reality is, that most emergency rooms test for pregnancy, but rarely if ever test women’s ovulatory status (ie, by measuring Luteinizing Hormone and progesterone levels).   As we noted earlier, top researchers who strongly advocate for Plan B, have noted that Plan B has either no effect or may actually be increasing the risk of pregnancy in cases where a woman has begun or already has ovulated.  This has serious implications both ethically and medically.  Rape centers who continue to give Plan B without checking ovulation status, are subjecting many woman to a hormonal drug that may actually be increasing their risk of pregnancy all the while claiming that Plan B has an efficacy rate of 85%!

6. What are implications for Catholic hospitals, who believe that Plan B acts like a contraception, when in fact, your paper recommends Plan B be renamed as “emergency abortion/contraception”?

In 1995, then Bishop Myers, accepted what is known today as the Peoria Protocol which in a nutshell states that it is okay to give Plan B to women who have been raped if it is given prior to ovulation, since it is based upon the assumption that Plan B consistently stops ovulation in this phase.   Many Bishops have accepted this protocol while other have remained skeptical.  Unfortunately, we now know from several large studies such as that of Dr. Croxatto (Contraception, 2004), that Plan B does not consistently stop ovulation.  Therefore, the entire Peoria Protocol is based on a faulty premise.

This has immediate and serious implications for Catholic Hospitals because if Plan B is given prior to ovulation it is likely working via an abortive mechanism of action much of the time.    Catholic Hospitals who currently use this faulty protocol are likely allowing abortions to occur in their facilities.

7. What are implications of redefining Plan B as an effective abortifacient (versus contraceptive) for purposes of healthcare battles, such as Hobby Lobby/others who do not want to pay for “abortion-causing drugs” in their insurance policies. (In other words, does your study strengthen the hand of Hobby Lobby, et. al.)

Plan B should be redefined as emergency abortion/contraception if given prior to ovulation since abortion appears to be its’ dominant method of action.   Women should be informed of this method of action and people who value human life in the earliest stages should not be coerced to give or pay for this type of hormonal abortion.

8. Proponents who claim that Plan B works only as a contraceptive claim that it has little effect upon the endometrium, so therefore it could not cause an abortion?  Is this true?

No.  Proponents of Plan B often note that Plan B does not appear to have an effect on the endometrium on a histological level.  However, we noted in our Linacre paper that when Plan B is taken prior to ovulation, it causes endometrial bleeding within 7 days about 30% of the time, which is gross anatomical evidence of an unstable endometrium.  In addition, we noted that there is theoretical evidence that Plan B may cause slowing of tubal transport of the zygote, which theoretically could delay the timing and efficacy of implantation.    While there are many different ways in which Plan B may be causing abortion, at this stage it is difficult to determine the exact mechanism of action due to current technological constraints.   However, as we noted in our Linacre article, in the future one will probably be able to quantify how frequently Plan B causes abortion by employing the use of sophisticated hormonal assays (ie, Early Pregnancy Factor) which can often detect the presence of pregnancy within 48 hours of fertilization.