Abortions are actually increasing, not decreasing

by Patricia Maloney of Run With Life Blog 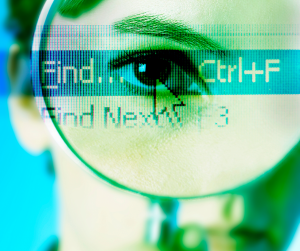 The media has it wrong: New data suggests Canadian clinics and hospitals performing fewer abortions. So does Joyce Arthur.

Why? Because what people always report are CIHI’s numbers. And CIHI is missing a lot of data based on freedom of information requests I’ve done.

It is a well known fact CIHI under reports abortion numbers because they do not collect data based on fee for service records (i.e. OHIP billings in Ontario).

“CIHI captures administrative, clinical and demographic data on induced abortions performed in Canadian hospitals. Data is supplied by provincial and territorial ministries of health, hospitals and independent abortion clinics in Canada. Clinic data is submitted voluntarily to CIHI. Counts in the following tables include induced abortions performed in a hospital or clinic setting in Canada. Due to variations in use of fee-for-service (FFS) payments for induced abortions across the country, these figures are not based on pan-Canadian FFS data.”

What we do know about CIHI’s data:

I have received data from Ontario billing records over the years. Recently I received Quebec billing records. Both of these sources are fairly accurate because they are based on FFS records.

Quebec: Recently I reported numbers for the first time from Quebec:

This means CIHI under reported Quebec’s abortions by 22%.

Quebec and Ontario are the largest provinces in Canada. Therefore they perform the most abortions. So total numbers of abortions reported by CIHI are probably somewhere between 22% and 45% lower than the actual totals.

CIHI reported 85,195 in 2018 for all of Canada. Quebec and Ontario abortions make up 65% of that number. If we assume all provinces have similar under reported abortion numbers, it’s fair to say that the percentages would be somewhere between 22% or 45%higher than CIHI reports.

UPDATE March 2, 2020 from CIHI: “The report you shared (42,853) includes seven fee codes, however CIHI reports only using two fee codes. If you limit your comparison to the 2 surgical fee codes (S752 and S785), the total numbers presented in the MOH report are very close to CIHI’s reported numbers (32,795 vs 29,513 respectively). In addition, CIHI reported for calendar year 2018 while the other report appears to be based on fiscal year 2017/18 data.”

To which I responded: “So why doesn’t CIHI use all the fee codes used by Ontario, since those are abortions as well? There is a big 45% difference between CIHI’s numbers and Ontario’s numbers. Ontario reported 42,853 and CIHI only reported 29,513. I realize there is a difference in the two reporting periods, because MOHLTC reports using a fiscal year, CIHI uses a calendar year, but there is no way to get a completely equivalent time frame, so I must compare the two years in this manner.”

*** This is included on CIHI’s annual reports on abortion ***
The methodology to estimate induced abortion volumes for Ontario is consistent with the enhanced methodology that was introduced in the 2015 report. Total volumes were derived by using the total abortion volumes reported to the National Physician Database (NPDB) at CIHI and adding both hospital-based abortions for non-Ontario residents and hospital-based medical-method-only abortions for Ontario residents (as reported to the Discharge Abstract Database and the National Ambulatory Care Reporting System). For Ontario, volumes reported in the column Number of induced abortions reported by clinics include services from non-hospital settings. Volumes for non-hospital settings (clinics/surgical facilities/physician offices) were estimated using the total abortion volumes as described above and subtracting hospital-based abortions. This methodology results in induced abortions occurring in physician offices and in clinics being included in non-hospital settings volumes. This estimation approach for non-hospital volumes was required because information on the location where the service is rendered (e.g., clinic, hospital, physician’s office) may not be included in the NPDB data.

UPDATE March 4, 2020, comparison of Ontario and CIHI’s data for the past four years.