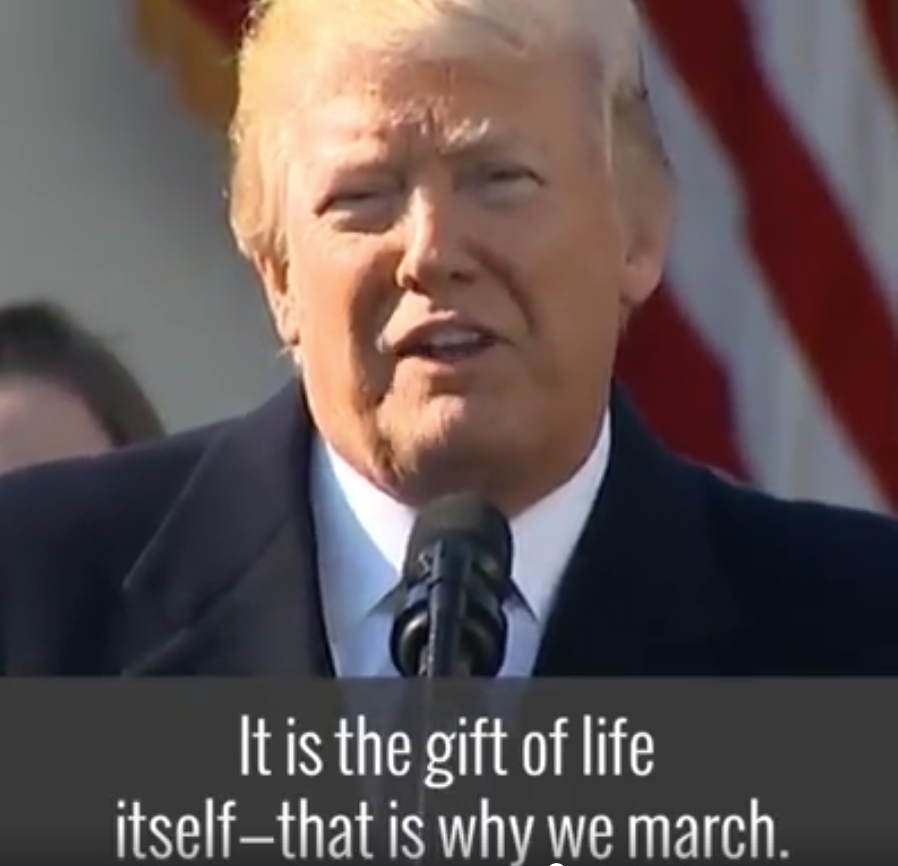 While Mr Trump has his critics he knows he has a duty to protect the life of all US citizens including those in the womb and also to respect the worldview of pro-life Americans. You appear to believe in a totalitarian system of government. Rather than protect every Canadian’s life from fertilization you champion a non-existent right to abortion at the cost of the fundamental rights and freedoms in our Charter. Prime Minister only one in 5 pregnant women will resort to induced abortion and a majority of those would not do so if they were not abandoned or had the support they needed. Do you really support a system which kills over 100,000 Canadian children in the womb and places their mothers at risk?

Would you not consider it an abuse of power to use government policies to punish churches, Christian and prolife organizations for their worldview, by coercing them to speak in support of a belief they do not hold, in order to gain access to assistance other Canadians with different views are afforded?

Would you not call it an abuse of power if a leader prevented students with a pro-life worldview, wishing to volunteer within the federal government youth programme, the opportunity to volunteer in an environment that reflected their beliefs and opinion?

What is truly disconcerting is that the abortion industry appears to be calling the shots both at federal  government level and provincial level. I am certain that if any other advocates or industry endeavoured to influence and manipulate government policies in order to shut down their opposition, as the abortion industry is appearing to do now, there would be an outcry.

Please see the Summer 2017 issue of the Abortion Rights Coalition of Canada.

Prime Minister, I realise that in some way you believe that you are championing women but the overwhelming number of us would never resort to induced abortion. We would however, support every avenue of help for those women who feel they have no other choice but abortion, including starting maternal child allowance once their pregnancy is confirmed.

I would urge you to consider how society might better serve women rather than promoting a kind of castration that tailors them to fit into society at the cost of their child’s life and possibly their own good health. If you would like to discuss these issues, I would be happy to make myself available and I would be grateful for a response

I am reminded of the difficult decision faced by St Thomas More with King Henry VIII and while our physicial lives are not threatened, our worldview and freedoms are in great jeopardy. I would say that as prolifers we do not accept this unjust punishment even as the Prime Minister’s good servants, for we are God’s first.