“Tis the season” OH OH OH: You will not be part of the killing then you cannot be a doctor!! Oh! or a pharmacist Oh! or a nurse Oh! or a midwife

The Grinches at the College of Physicians and Surgeons of Ontario have changed our HO HO HO Christmas Season into an OH OH OH and they are not alone!

1) “It may well be that you [physicians who will not advocate nor wish to refer for abortion, sterilization or birth control] would have to think about whether you can practice family medicine as it is defined in Canada and in most Western countries,” says Dr Marc Gabel, chair of the Ontario College of Physicians and Surgeons  policy working group. December 2014 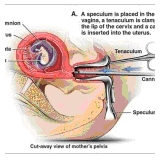 2) The [UK]Supreme Court has rejected the opportunity to uphold the right of conscientious objection for senior midwives who refuse to supervise abortions performed on a labour ward…“We Mary [Doogan and Connie Wood] are both saddened and extremely disappointed with today’s verdict from the Supreme Court and can only imagine the subsequent detrimental consequences that will result from today’s decision on staff of conscience throughout the UK. “Today’s decision sadly makes it likely that senior midwives who refuse to kill babies will be forced to leave the profession” December 2014

3) A Brooklyn nurse claims she was forced to choose between her religious convictions and her job when Mount Sinai Hospital ordered her to assist in a late-term abortion against her will.The hospital even exaggerated the patient’s condition and claimed the woman could die if the nurse, a devout Catholic, did not follow orders, the nurse alleges in a lawsuit.

“It felt like a horror film unfolding,” said Catherina Cenzon-DeCarlo, 35, who claims she has had gruesome nightmares and hasn’t been able to sleep since the May 24 incident…Her pleas were rejected, and instead she was threatened with career-ending charges of insubordination and patient abandonment, according to the lawsuit, filed Tuesday in Brooklyn federal court. New York Post July 26 2009

The Complaints Committee of the Ontario College of Pharmacists (the “Committee”) issued, on September 3, 2003, the following written caution to the Applicant pursuant to clause 4 of Section 26(2) of the Regulated Health Professions Act (Ontario):

“You are cautioned that as a practicing pharmacist you must ensure that your patients receive optimal pharmaceutical care. This means that if you have a conscientious and moral objection to dispensing any pharmaceutical product, it is incumbent upon you to ensure an alternative source to enable the patient to obtain the product or service that they need.  Further, you are cautioned that any alternative means must minimize inconvenience or suffering to the patient or patient’s agent.” This caution was ordered to remain on the Applicant’s permanent, non-public record with the Ontario College of Pharmacists (the “OCP”).

Charter of Rights and Human Freedoms

Section 2 of the Charter states that “everyone has the….(a) freedom of conscience and religion; (b) freedom of thought, belief, opinion and expression….; (c) freedom of peaceful assembly; and (d) freedom of association”.  All of these freedoms are “guaranteed” “subject only to such reasonable limits prescribed by law as can be demonstrably justified in a free and democratic society”(section 1).

In R. v. Big M Drug Mart,[5] Chief Justice Dickson’s judgment for the Supreme Court of Canada began by saying that the essence of the freedom of religion under section 2 of the Charter is “the right to entertain such religious beliefs as a person chooses, the right to declare religious beliefs openly and without fear of hindrance or reprisal, and the right to manifest belief by worship and practice or by teaching and dissemination”.   However, the Court went further to find that freedom of religion includes more than simply the right to hold religious beliefs and exercise religious practices.  It also means “the absence of coercion or constraint”, because if a person is pushed one way or another he or she is not freely choosing.   And such coercion includes “indirect forms of control which determine or limit alternative course of conduct”.

Thus, freedom of religion means “both the absence of coercion and constraint, and the right to manifest beliefs and practices”; that is, that “no one is forced to act in a way contrary to his beliefs or his conscience”.

The only limitation upon an individual’s freedom of conscience or religion recognized by the Supreme Court of Canada is that its manifestation must not injure others or interfere with their right to manifest their own beliefs and opinions.

Looking at  the draft policy “Professional Obligations and Human Rights” it seems that the “working group” has mixed up the College’s policy with prescribed law. Also accommodation of freedoms appear to only go one way and that is against the physician’s rights. It also appears to me that bullying physicians into referring their patients for so called “healthcare” is coercion at its best and advising physicians, with faith, moral or ethical consciences, that they might need to find another profession is tyrannical. The College of Physicians and Surgeons of Ontario is not the Borg Collective each physician has the freedom to think and act for themselves on these huge moral issues. 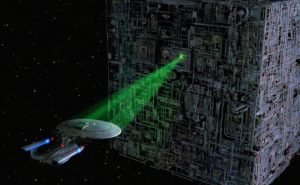 In the 1988 Morgentaler decision of the Supreme Court of Canada, Mr. Justice Willard Estey summed up accurately the legal reality of the matter when he bluntly said:  “There is no right to abortion in Canadian law.”

Until the early 20th century, courts in England, Canada and the United States recoiled in horror at even the suggestion by legal counsel that “necessity” could be a valid defence to a charge of the murder of an innocent human being.   In other words, among people who considered themselves civilized, the killing of innocent human beings, for any reason, was universally viewed as morally repugnant.   Even today, Canadian law does not recognize the defense of “necessity” in the case of a murder of an innocent born human being.

That western cultures have moved towards creating an “exception” for the killing of unborn children is a testament to the influence of pro-abortion propaganda in “separating the idea of abortion from killing human beings.”    These physicians and many other Canadians refuse to be misled by this propaganda because it attempts to mask the simple scientific truth that human life begins at fertilization.

In the 2002 Supreme Court of Canada decision in Chamberlain, Chief Justice McLaughlin and Justice Gonthier refuted the notion that homosexuals (a perfectly analogous case) had a similar alleged right to state censorship of citizens who morally disapproved of their conduct.

Justice Gonthier said, in his dissent:

“ … [N]othing in Vriend v. Alberta, [1998] 1 S.C.R. 493, or the existing s. 15 case law speaks to a constitutionally enforced inability of Canadian citizens to morally disapprove of homosexual behaviour or relationships: it is a feeble notion of pluralism that transforms ‘tolerance’ into ‘mandated approval or acceptance’.   In my view, the inherent dignity of the individual not only survives such moral disapproval, but to insist on the alternative risks treating another person in a manner inconsistent with their human dignity: there is a potential for a collision of dignities. Surely a person’s s. 2(a) or s. 2(b) Charter right to hold beliefs which disapprove of the conduct of others cannot be obliterated by another person’s s. 15 rights, just as a person’s s. 15 rights cannot be trumped by s. 2(a) or 2(b) rights”[para. 132].

Speaking for the majority in Chamberlain,  McLachlin, C.J. said:  “As my colleague [Gonthier, J.] points out,  the demand for tolerance cannot be interpreted as the demand to approve of another person’s beliefs or practices.  When we ask people to be tolerant of others, we do not ask them to abandon their personal convictions.  We merely ask them to respect the rights, values and ways of being of those who may not share those convictions.  The belief that others are entitled to equal respect depends, not on the belief that their values are right, but on the belief they have a claim to equal respect regardless of whether or not they are right.” [65]

Therefore Dr Marc Gabel and the working party need to understand that here again we have a “collision of dignities” one does not trump the other as the working party implies on page 4 regarding freedom of conscience and religion that “no rights are absolute” yet goes on to state that “all rights are of equal importance”. Medical professionals who disapprove certain “procedures”for varying reasons cannot be forced into being part of medical killing whether that be induced abortion, assisted suicide, euthanasia, or prescribing abortifacient contraceptives even by referral.

If killing is now a medical procedure then we have medical assassination not medical care.  Should physicians with consciences be forced out of this once noble profession then medicine has lost its way and we will be left with professionals who will kill your unborn child or care for him; kill your ailing mother or care for her and we will have regressed to the time before Hippocrates.

Forcing physicians against their faith, moral or ethical beliefs to be part of the killing by referring patients is also a gross injustice and “risks treating another person in a manner inconsistent with their human dignity” There are ways to accommodate both patient and doctor, and pressuring good physicians with religious, ethical or moral objections out of health care is not one of them. Shame on you College of Physicians and Surgeons of Ontario.