A Tale of Two Kinds of Physicians 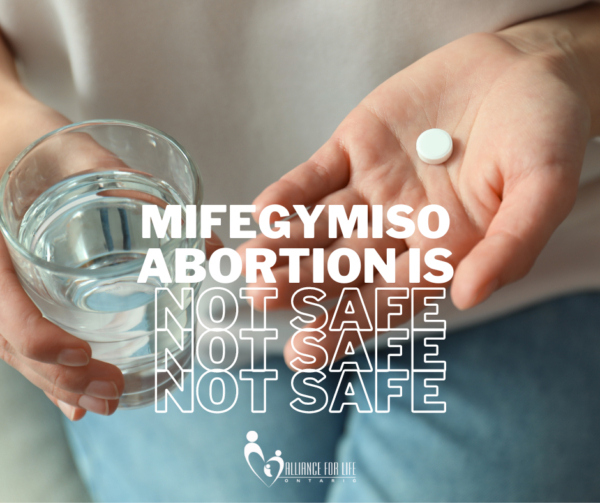 On 4th of July this year CTV News Montreal ran an article on entitled, “Ultrasounds no longer required in Quebec before getting abortion pill.”

Quebec is the most recent province to suspend the requirement for an ultrasound before medical abortion and this effort, like one before in BC during 2019, which preceded deregulation of Mifepristone dispensing – a global first – was brought about by abortion-supporting medical professionals working together.

Three hundred physicians signed a letter requesting that an ultrasound should no longer be required in Quebec prior to medical abortion. However, the reason to perform an ultrasound is to; “…estimate the age of the fetus and verify that the [woman] was still nine weeks or less…..An ultrasound could also show if the pregnancy was ectopic…..”

According to Dr. Dario Garcia president of Quebec’s association of obstetricians and gynecologists ultrasound requirements are considered to, “create unnecessary barriers for those seeking to terminate a pregnancy – especially in a health network that’s already overwhelmed…”

We are also told that the “latest research” says it is “safe” to exclude the ultrasound prior to medical abortion. I would be extremely interested to see that research! The article also included Dr. Garcia’s statement that whether an ultrasound is performed or not “it doesn’t change the results…”

Now hold on a minute, the reason an ultrasound was required originally was to ensure that the timeline of 49 days was not breached. Subsequently the timeline has been extended to 63 days.

Medical abortion carries 4 times greater risk compared to surgical abortion and is even riskier at later stages outside of the timelines, for the mother – it is of course always fatal for the child.

Secondly, as mentioned in the article an ultrasound would detect an ectopic pregnancy and the Mifegymiso procedure has no effect on that type of pregnancy – which means that the pregnancy would continue, placing the mother’s life at risk if it remains undetected – the child can rarely be saved. However, neither of these concerns appear to be paramount to these physicians in an overwhelmed health network.

I would suggest that the results would certainly be changed if the mother died because her ectopic pregnancy was not identified or Mifegymiso was administered outside of the allowed pregnancy timeline?  However, it appears, that the “risks of doing it [ultrasound] often outweighed the benefits.”
Given the reasons to perform an ultrasound for a medical abortion procedure, together with the fact that the added inherent overall incidence of adverse events is reported as being four times higher than surgical abortion – I would think that protecting women’s health and safety might just be a benefit?

Unlike the rest of Canada, in Quebec, family physicians face “strict recommendations” and training to prescribe Mifegymiso, and that is another story about activist physicians and medical professionals who support abortion.

A paper entitled “Leadership for success in transforming medical abortion policy in Canada” was published by the University of Western Cape South Africa on January 8th 2020.

The abstract states in part;

“Mifepristone was approved for use in medical abortion by Health Canada in 2015. Approval was accompanied by regulations that prohibited pharmacist dispensing of the medication. Reproductive health advocates in Canada recognized this regulation would limit access to medical abortion and successfully worked to have this regulation removed in 2017. The purpose of this study was to assess the leadership involved in changing these regulations so that success may be replicated by other groups advocating for health policy change.”

The conclusion stated the following:

“The results of our analysis of the interviews and documents provide valuable insight into the workings of a successful group committed to a common goal. The existing collegial and trusting relationships between key stakeholders allowed for interdisciplinary collaborations, rapid mobilization and identification of issues that facilitated successful Canadian global first deregulation of mifepristone dispensing.”

To be fair to Health Canada, the original 2016 guidelines showed a great concern for women who were considering undergoing the Mifegymiso abortion procedure in Canada. However activist health professionals ensured these guidelines did not stay in place very long.

Today in Canada any family physician is now able to prescribe Mifegymiso and any pharmacist can dispense Mifegymiso directly to the woman. The Mifegymiso abortion procedure is now accessible in Canada via telemedicine which raises a whole other spectre of health and safety issues for women.
Women are now encouraged to self medicate, with Mifegymiso, at home, with no health care professional in attendance. They may diagnose their own pregnancy, (ectopic or not) date it themselves, with no health professional to ensure that they are not being coerced into abortion or that they take the medication within the safety guidelines!

Alliance for Life Ontario is raising funds to conduct a poll of health professionals across the province to determine what family physicians think about Mifegymiso being so readily available without best medical practices in place which would safeguard women’s health and safety. Sadly, the child is never safe.

In the UK a poll of 1,000 family physicians resulted in the following.

Given the level of concern these results reflect among UK Family Physicians once they understand the situation, one is left to bemoan the callous disregard of reproductive health advocates here in Canada.

It is imperative that we ensure women’s health and safety by working to have Myfegymiso delicensed in Canada. Mifegymiso should also be delisted from provincial insurance programmes. Women deserves so very much better than abortion and it should be mandatory that they be informed that Abortion Pill Reversal is an option that provides them with a second chance at choice.

As one young distraught mother put it recently, while crying bitterly over the loss of her child to medical abortion. “They make it so easy.”

What you can do!