By Dan Di Rocco, The Interim 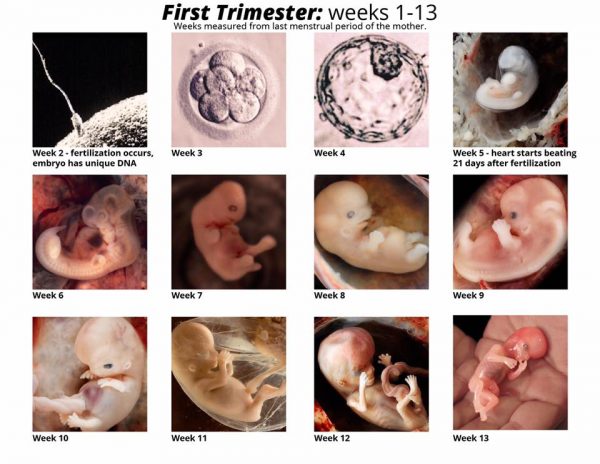 Muddled thinking leads to fatal errors. This is no more so than in the subject of gestational limits, which refers to the age of the unborn child measured in number of weeks This may be a terse way to describe the misguided efforts of WeNeedALaw and the Association for Reformed Political Action both of whom support gestational limits. Mike Schouten, spokesperson for ARPA, espouses the initiative that Canada pass abortion legislation similar to or based on what is called the International Standards Abortion Law.

A recent paper released by Jakki Jeffs, president of Alliance for Life Ontario argues convincingly against the claims of the sponsors of the proposal. Jeffs points out that the pro-life movement loses its soul when it adopts a strategy riven with core weaknesses and certain to divide the pro-life community in the process.

Gestational legislation has proved to be counterproductive everywhere it has been tried, Jeffs states, neither saving lives nor moving the debate forward in any meaningful way; yet some people persist in trying it anew. Jeffs warns that we cannot fool ourselves, “we cannot be blinded by our willingness to give Canadians what they will agree with or MPs only what they believe they can win, to achieve some form of ‘success’.”

Jeffs argues that by proposing some form of the International Standards Abortion Law (ISAL), the supporters of that strategy are harming the pro-life cause in several ways – dividing the movement, sending the wrong signal to the general public, and leading friendly elected officials on a wild goose chase, wasting valuable time, energy, and resources.

Enthralled by the potential of short term “success,” Schouten and his supporters lose sight of the “teaching function” of the law. In fact, they would be helping to lead the public astray morally by ceding to a philosophy of the end justifies the means. But in reality, as Jeffs puts it: “To legalize acts of violence means that those doing the legalization become participants in the crime.” Is that what Schouten wants to be part of?

Supporters of the ISAL make many claims that are not supported by the facts, ranging from the belief that it will save lives of unborn children to allowing for exceptions for rare cases (rape, incest, etc.).

Jeffs expertly refutes each of the claims with facts derived from reports on abortion in other democracies like Spain, Germany, and Britain. In each case the situation in those nations got worse rather than better following enactment of gestational legislation.

Jeffs is also concerned with the language adopted by ISAL supporters which could inadvertently result in proposed legislation where women would lose their full womanhood. They would lose their identity and simply become neutral “persons,” that is “pregnant persons” rather than pregnant “female persons.” This veers into transhumanist gender ideologies that the pro-life movement would be wise to oppose rather than acquiesce to. Such a change in language is an ill-advised strategy and gives succour to those who have a mistaken and twisted view of human nature.

According to Jeffs, abortion to save the life of the mother (an argument used to justify abortion in the ISAL document) is a lie, a conclusion “supported by 30,000 physicians in the United States who signed onto a statement saying that induced abortion is never used to save a mother’s life.”

A law based on the ISAL would not be a significant step forward toward the goal of truly saving some lives on the way to saving all unborn lives.

The smart, sensible, and ethical approach is to insist on the passage of a law that defends and protects all human life without exceptions.

Some 20 plus years ago, Judie Brown and Brian Young of the American Life League, in a paper arguing against gestational legislation, issued similar warnings in being overly eager to get a “victory,” any favourable “result” by adopting a type of situational ethics when dealing with right to life legislation.

There are many ways in which pro-lifers can support pro-life legislation that comes up short of a complete ban as long as the basic principle of everyone’s right to life is respected and is left inviolable, for example, bills that would prohibit public funding of abortions or the outlawing of particular procedures.

For both practical and philosophical reasons the pro-life movement must remain true to its roots and the core belief that all human beings have the right to life from the moment of their creation – a right derived from God and not transferable to another person, not even the mother, and certainly not the state. That fundamental right can never be abrogated or denied on the basis of non-viability, disability, or the questionable circumstances of pregnancy.

The pro-life movement must stand steadfast. It must show the same implacable resolve as that of its opponents. Pro-lifers cannot waver nor give in to compromise. The abortionists do not in any way consider softening their stance. They stand for the choice to kill under any circumstance. They will not permit any exceptions, no limits whatsoever on any abortion. Just think about the most permissible abortion law passed by New York State under Governor Andrew Cuomo, or what Governor Ralph Northam of Virginia expressed about failed abortions – kill the baby even when it survives the abortion attempt.

The way ahead is clear: only a no compromise approach will ensure a full honourable victory in the end.

Dan Di Rocco, a former educator, is the chair of The Interim’s business board and the paper’s circulation manager.