Women do not have a ‘right’ to abortion in Canada

RESPONSE TO COLIN MACKAY: Women have right to abortions

Saying abortion is a right over and over does not make it true. The 1988 Supreme Court in Morgentaler did not confer on Canadian women a right to abortion. See page 8 of the Parliamentary Library of Canada document, “Abortion Legal Aspects” revised 1989 #80-9E Molly Duinsmour.

Abortion in certain circumstances was made legal in 1969 however, after the law was struck down in 1988 it moved from the legal to the medical realm and is now allowed or tolerated in Canada as a “medical procedure”.

Stating that abortion is legal does not make it moral, no more than saying slavery was legal therefore it was okay?. Abortion is the direct and intentional killing of the human child in the mother’s womb, is not medically indicated for any illness , injury or disease and many Canadians abhor its barbarism.

We tolerate abortion but that does not mean that we should not be free to debate and discuss its morality in the public square. It is a healthy sign of any democracy when citizens see in their representatives their own worldview – surely Colin MacKay is not suggesting that only those who advocate abortion should be allowed to stand for office or write their opinions or rally for their worldview. Now that would make Canada some kind of “Banana Republic” with a tyrant as a leader. If the cap fits? Seems ironic to me that those who say they are for choice deny others their choice of opinion. 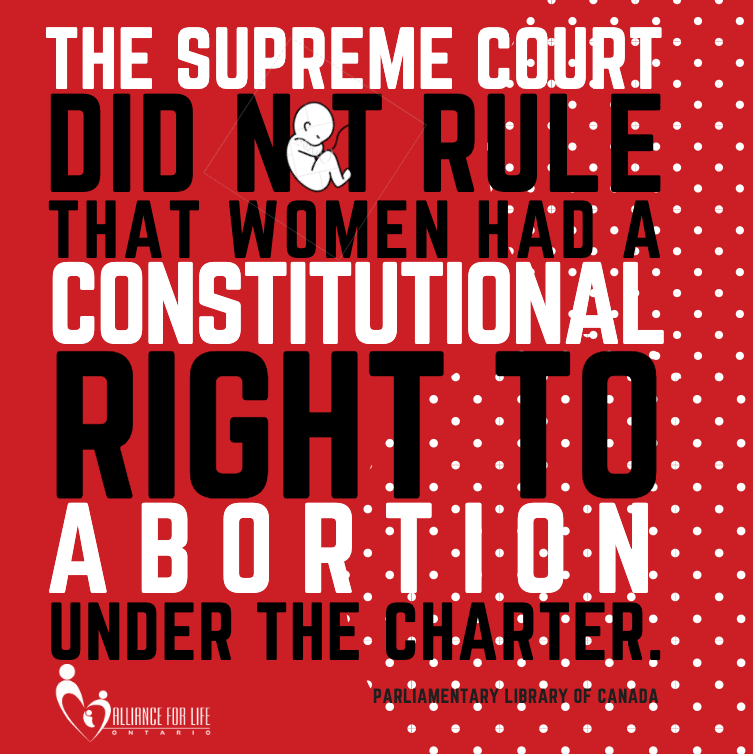